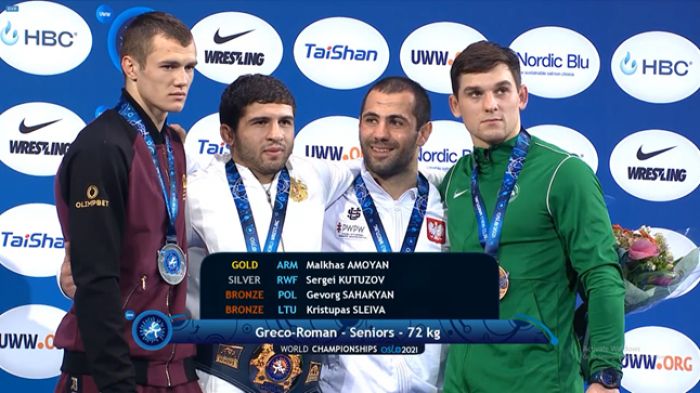 The eight wrestlers of the Armenia national wrestling team scored one gold medal at the 2021 World Wrestling Championships that kicked off on October 7 in Oslo, Norway.

Norayr Hakhoyan (55 kg) and Gevorg Gharibyan (60 kg) were also competing for medals, but they failed.

The Armenia team didn’t have participants in two weight categories (97 kg and 77 kg). Olympic champion Artur Aleksanyan (97 kg) and European Games vice-champion Karapet Chalyan (77 kg) were exempt from the world championship. Coach of the Armenia team Gevorg Aleksanyan told NEWS.am Sport that the two wrestlers weren’t included in the team of the world championship due to injuries.

The new world champion Malkhas Amoyan will return to Yerevan with the team on the night of October 11 at 3:30 a.m. via the Warsaw-Yerevan flight.

10 Things That Should Happen In WWE’s Royal Rumble 2023

Drew McIntyre Explains Why He Will Miss Upcoming Title Match