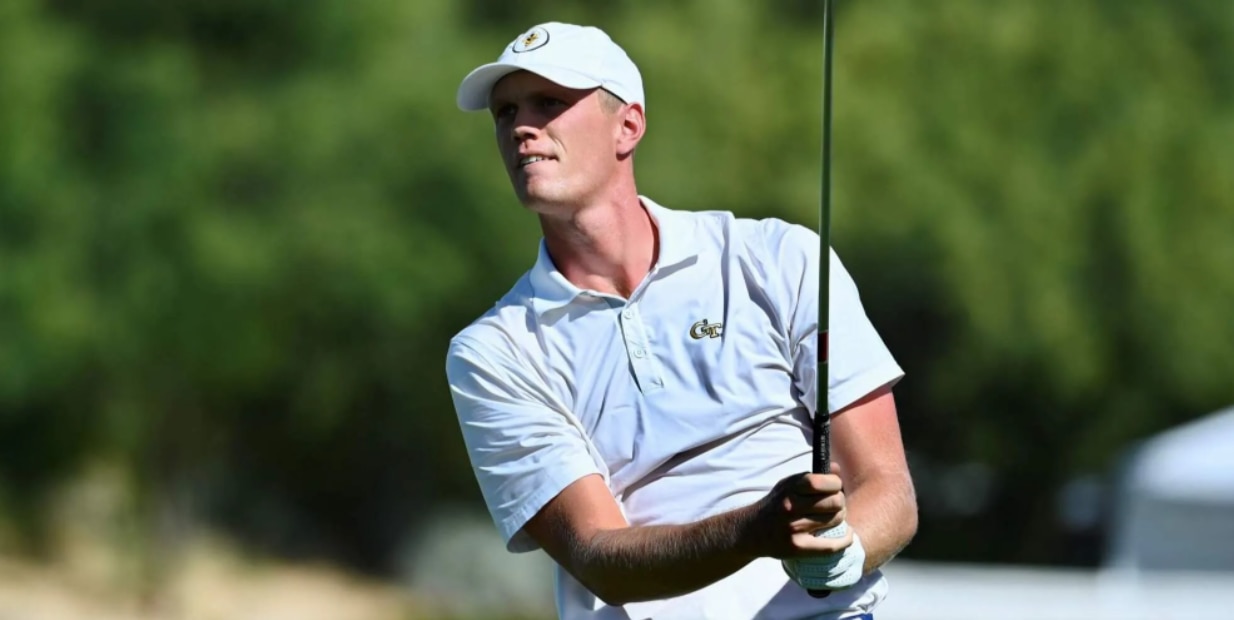 Things got interesting late on Sunday. Bogies from Georgia Tech and Texas A&M late in the round brought the two down to 37-over. If both finished there, that would force a playoff between both teams along with Ole Miss, who finished their round earlier in the day.

With the two schools’ final two players entering the final hole, the Yellow Jackets were able to hold at 37-over and make the cut with a birdie on 18 from Bartley Forrester. The Aggies fell to 38-over after Sam Bennett and Daniel Rodrigues carded bogies on the final hole. That made Ole Miss and Georgia Tech the final two teams to make the top-15.

At the top of the leaderboard, Oklahoma still sits in first at 1-under for the tournament. The Sooners will be eyeing that top seed for the match-play portion heading into Monday.

On the individual leaderboard, Vanderbilt’s Gordon Sargent leads the way at 4-under with Oklahoma’s Chris Gotterup close behind at 3-under. The individual champion and the top-eight teams to move on to match play will be decided after Monday’s fourth round.

Click or tap here to see the results from the third round. 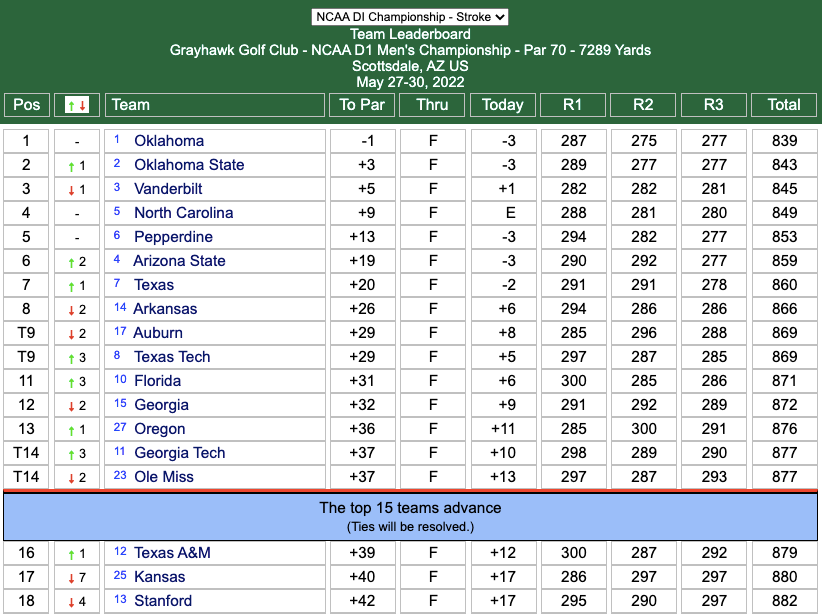 Here's What the Winners of the Owen Hart Cup Tournaments Receive