AEW’s Anthony Ogogo is keeping himself busy in the pro wrestling world, as he just made his debut in popular UK promotion PROGRESS Wrestling.

As seen in the press release provided by PROGRESS, they have high expectations for the boxer-turned-wrestler.

“23rd January 2022 (London, UK) Proving that anything can happen at PROGRESS Wrestling, AEW star and Olympic medalist Anthony Ogogo made a surprise appearance at PROGRESS Chapter 127, wrestling his first-ever match in London, the city in which he won an Olympic medal in boxing in 2012.

Chapter 127 ‘And The Word Was PROGRESS’ took place at the Electric Ballroom in Camden, London.

Ogogo, whose most high-profile match to date saw him wrestle Cody Rhodes at AEW’s Double Or Nothing Pay Per View in May 2021, made his entrance in front of a shocked sell-out crowd, making short work of Hari Singh.

This is the first time that an AEW contracted wrestler has taken place in a match in the UK.

The show, the first under PROGRESS’ new owners Lee McAteer and Martyn Best saw fans queuing outside the venue from 8AM on the morning of the show in order to secure prime seats for the card headlined by PROGRESS Champion Cara Noir defending his title against Chris Ridgeway in a unique ‘first to three falls’ match.

The show will be available on Demand PROGRESS and the WWE Network from Saturday 6th February.”

As noted in the release, Ogogo wrestled his first match in London since having competed there in boxing at the 2012 Olympics, winning the bronze medal. The event will be available on Demand PROGRESS and the WWE Network starting February 6. 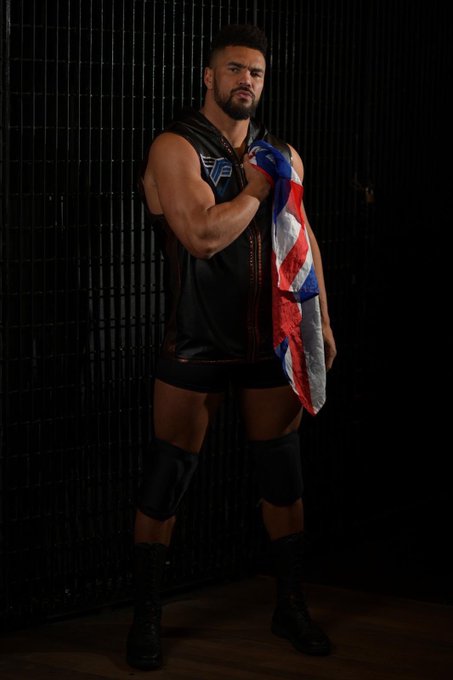