Hiroshi Tanahashi Has Re-Signed With NJPW

Hiroshi Tanahashi has a new contract that will keep him in New Japan Pro-Wrestling. Tanahashi tweeted a picture of himself Friday, announcing that he had renewed his contract with the company.

“I will do my best,” Tanahashi tweeted.

Hiroshi Tanahashi did not reveal the length of his new deal. For many years, New Japan kept its wrestlers on one-year contracts. But the company switched to a multi-year contract system for its wrestlers following the departures of AJ Styles and Shinsuke Nakamura in 2016.

The 45-year-old Tanahashi has spent his entire career wrestling primarily for New Japan. He graduated from the New Japan Dojo and then, made his in-ring debut for the company in October 1999.

His first reign as IWGP Heavyweight Champion started in July 2006. That is when Tanahashi won a tournament for the title after it was vacated by Brock Lesnar.

Tanahashi’s eight reigns as IWGP Heavyweight Champion are the most ever in the history of New Japan. Tanahashi is also a two-time holder of the IWGP Intercontinental Championship and a three-time winner of the G1 Climax tournament.

Tanahashi is tied with Kazuchika Okada for the most Wrestle Kingdom main events. His last in a singles match was at Wrestle Kingdom 13, where he won the IWGP Heavyweight Championship from Kenny Omega.

Hiroshi Tanahashi is currently the IWGP United States Champion. He won the title from KENTA last week in a “no disqualification” match on Night 2 of Wrestle Kingdom 16.

Hiroshi Tanahashi will headline the first night of New Japan’s Golden Series tour on January 20. It’s part of the celebration of the company’s 50th anniversary. 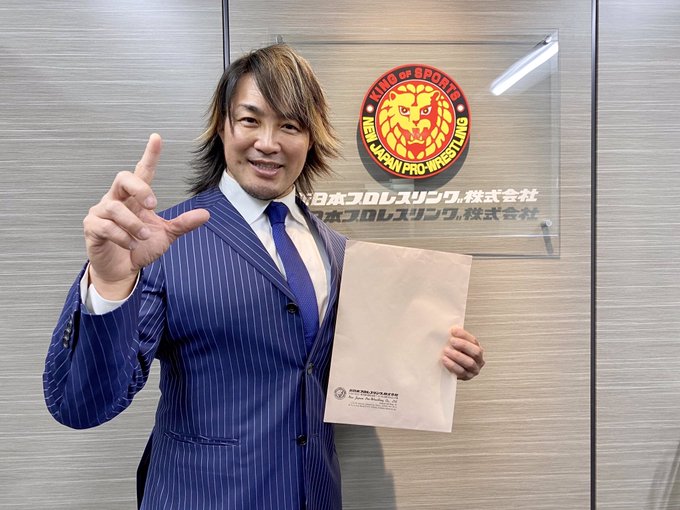 Wrestling Is Paving The Way For Sean Foley