“Ruthless Aggression” are two words that are synonymous with John Cena, helping to put him on the map when he debuted in front of the WWE Universe. However, earlier that day, he heard the first words from Vince McMahon.

WWE is currently celebrating the 20th anniversary of John Cena’s WWE TV debut throughout the entire month of June. During the latest “WWE Playback” the 16-time World Champion looked back at his debut match against Kurt Angle on “WWE SmackDown.” Cena revealed he “found out at 2:45 in the afternoon” that he would be competing against the Olympic Gold medalist.

Before heading out to the ring that night, he had “one meeting with Mr. McMahon” as he was “pushed into his office” and Michael Hayes asked the WWE Chairman, “What do we do with this?”

McMahon then uttered his first-ever sentence to the man who would go on to be the face of WWE for over a decade, “cut his f*cking hair.” With that, Cena was “out of the office.” While he didn’t reveal whether or not he ended up getting his locks chopped, whatever the boss wants he typically gets.

Cena ended up slapping Angle in the face that night as he competed in a competitive match against the established main event star which helped to put him on the map in WWE. Later on during that episode of “WWE SmackDown,” Cena would be endorsed by The Undertaker in a backstage segment, as the American Badass shook hands with a rookie Cena.

Angle himself also recently reflected on the iconic match, stating, “I knew the day @johncena stepped foot in my ring for the very first time that he was going to be a huge star.”

19 years ago today: Who the hell are you? “I’m John Cena…”. I knew the day @johncena stepped foot in my ring for the very first time that he was going to be a huge star. #itstrue #ruthlessaggression https://t.co/yc10lTiMeK 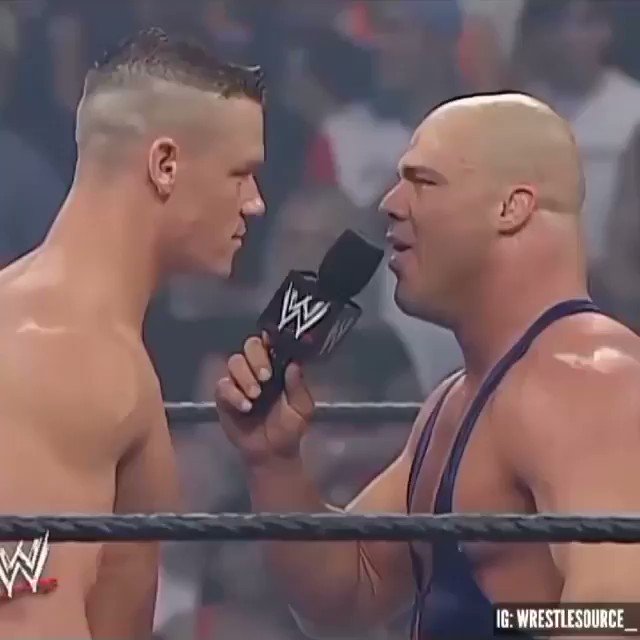 Cena will be returning to “WWE Raw” on June 27 in order to celebrate his anniversary on television with the WWE Universe. It is unclear what he will be doing on that show, but he and United States Champion Theory have recently been having exchanges on social media, which has got the wrestling world talking. 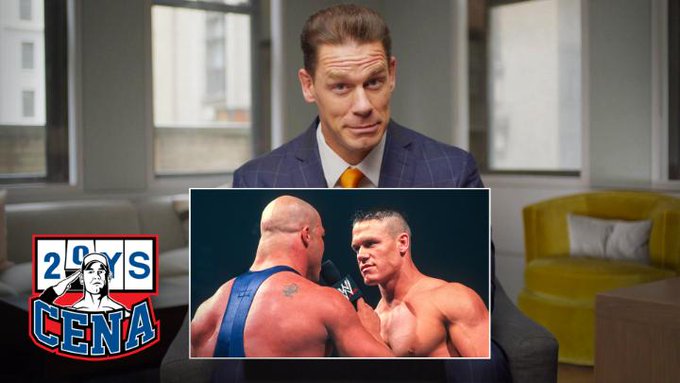 If you use any quotes from this article, please credit “WWE Playback” with a h/t to Wrestling Inc. for the transcription.