The coaching carousel has been uncharacteristically slow this offseason, and now one of the few NCAA Division I head coach openings has just been filled, as Jordan Leen has just been named the new head coach at Brown University.

Introducing the next head coach of our program, @JordanLeen_!

Leen, a 2008 NCAA champion at Cornell, returns to the EIWA after six seasons as an assistant coach in the ACC at Pittsburgh. A native of Soddy Daisey, Tenneessee, Leen was a four-time NCAA qualifier and three-time All-American for the Big Red, additionally reaching the podium in 2007 and 2009 in eighth and third-place, respectively.

Leen is replacing Todd Beckerman who had been at the helm of the Brown Bears for the previous nine seasons. Beckerman was brought aboard after the program was nearly axed from the university in 2012 after having existed as a team on campus since 1915.

Brown finished 14th out of 17 teams at 2022’s EIWA Championship. The program’s last All-American was Ophir Bernstein who finished eighth in 2014.

You can see that Leen still has some moves on the mat as he warms up with Luke Pletcher as he prepared Pletcher for a match against Darrion Caldwell at FloWrestling 1: Dake vs Chamizo.

Leen also spoke about his journey to Pittsburgh at the lead-up to the 2019 NCAA Championships.

And here’s Leen participating in a beat down of our very own Mark Bader. 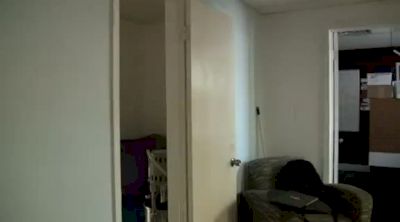 Best of luck to Jordan Leen and the Brown Bears!