Angle posted the below video, noting that he’s feeling pretty good and thanked fans for their support.

“This is your Olympic hero Kurt Angle and I’m in the hospital right now because I just had knee replacements done this morning,” Angle said. “I’m feeling pretty good right now but my legs are numb because of the epidural. So, I know I have a long road ahead of me and I’m willing to work very hard to get back to where I was before. I want to thank all of you for all of your support and your wishes and prayers for my surgery, I really do appreciate it. God bless you all.”

The Olympic Gold Medalist had previously announced in April that he was going to be having major surgery on his podcast, “The Kurt Angle Show.”

“I’m having my knees replaced next month,” Angle said. “Both of them at the same time, I’m getting it over with. I’ll be on a wheelchair or a walker.”

Angle has used his podcast in the past to speak about his injury history in WWE. He once revealed the worst two injuries he’s ever suffered,  the failed table spot at SummerSlam 2000 that caused him to have a severe concussion and the chair shot from Brock Lesnar that broke his neck.

“The chair shot that Brock gave me that broke my neck or this the concussion,” Angle said. “Those two were the worst injuries I’ve had in pro wrestling.”

Wrestling Inc. would like to wish Kurt Angle a speedy recovery.

Thank you all for your prayers and best wishes for my 2 knee replacement surgeries today. So far so good. I realize rehab is going to be a bitch, but I’m ready for it. If I won a gold medal with a broken freakin neck, I can handle this! Lol. It’s true!!!! Thank you all!!!! https://t.co/xwUX6fPC80 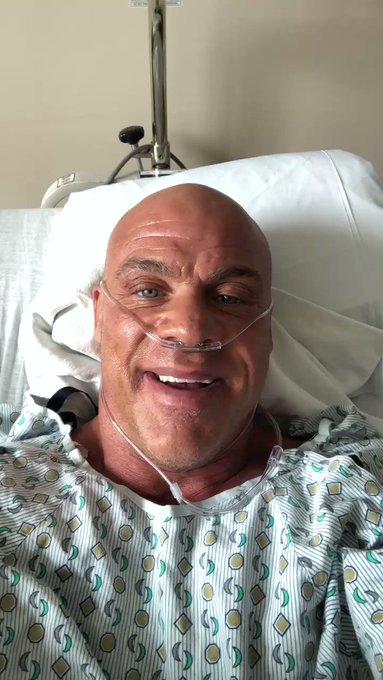 Alexa Bliss says a fan is threatening to shoot her and her husband, police notified

Alexa Bliss says a fan is threatening to shoot her and her husband, police notified