They discuss what many consider to be the greatest tag team match in wrestling history: Mitsuharu Misawa & Kenta Kobashi vs. Toshiaki Kawada & Akira Taue from June 9th, 1995 for the World Tag Team Titles.

WH and John take a look at the different stories and angles leading into the match, the rivalry between Misawa and Kawada, and the rise of Kobashi in All Japan.

WH Park and guests look back at the greatest matches of All Japan Pro Wrestling from the 1990s in The Long & Winding Royal Road, a monthly podcast from POST Wrestling.

Support this podcast by picking up a L&WRR t-shirt in either black or white: 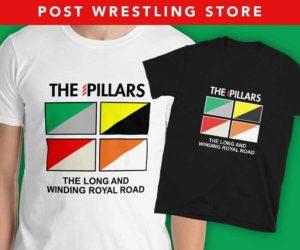