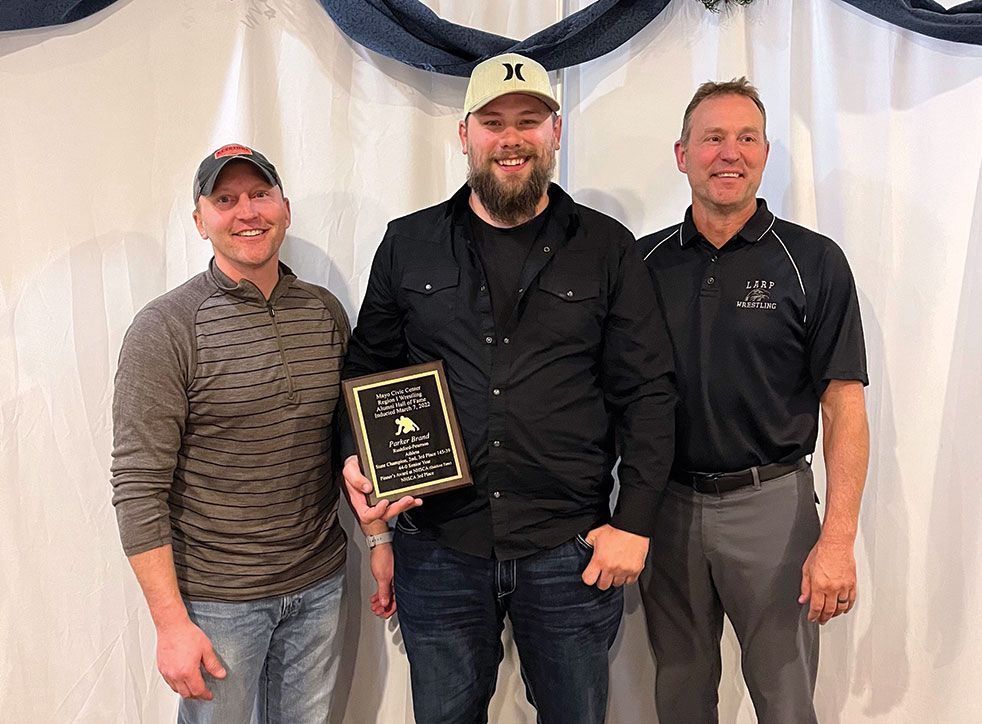 LARP (Lewiston-Altura/Rushford-Peterson) former wrestler Parker Brand was inducted into the SE Minnesota Region 1 Hall of Fame on March 7, 2022. Brand had an outstanding 145-39 high school career, which included 80 career pins. In his last three years as a prep wrestler he climbed the ladder; he placed 2nd at 171 as a sophomore, 3rd place at 189 as a junior. The dream season came in 2008 as Brand had the perfect season, by going 44-0, winning the 215-pound state championship. Brand followed it up with a 3rd place finish at the NHSCA Nationals at 215. He earned the Most Pins in the Least Amount of Time award for all of the senior class at Nationals in Virginia Beach, Va. Brand took the NJCAA by surprise his freshman year at RCTC, and was the National Runner Up at 197 pounds. He also qualified for NJCAA Nationals his senior year.

Brand found several familiar faces at the induction; as a 7th grader he had wrestled another athlete inductee, Shane Masching of Hayfield. Wayne Lexvold, assistant coach inductee from Kenyon-Wanamingo, had coached Brand at Nationals at Virginia Beach; the inductee official Tom Kuisle from Wabasha who had coached and refereed in the area for almost 50 years crossed paths with Brand often. Last year’s coach inductee Mike Buringa from PEM and Kasson-Mantorville was a JV coach for LARP while Brand was wrestling. Brand attended Nationals after Buringa encouraged him to do so. At Nationals, Buringa was Brand’s coach!

Santino Marella Names Which McMahon Is ‘The Brains Behind Everything’