The United States Title will not be on the line on WWE Monday Night Raw as Seth Rollins faces a familiar opponent.

Ever since Seth Rollins won the US Title from Bobby Lashley on the “Season Premiere” of Raw on October 10th, the man with “Freakin” as his middle name has been a fighting champion. However, WWE announced that his next televised match is not going to be for the US Title.

Over the last few weeks, it appears as though WWE has changed the direction in terms of how Rollins is booked. After being a heel for several years, it seems like “The Visionary” has embraced the fans again as a babyface that encourages the crowd to sing his theme song or say his name on cue.

Seth Rollins is on a roll after beating Austin Theory on Raw on Halloween night (that was a non-title match) and again on November 7th. That most recent Rollins-Theory match was very controversial because Theory cashed in his Money in the Bank contract on the US Title, which was the first time somebody has done a MITB cash-in on a title that’s not a “World” Title.

Even though Rollins was put through a table by an angry Lashley, Theory failed to get the win because Lashley stopped it from happening. Rollins ended up hitting The Stomp to retain his championship.

“This Monday, a rivalry is renewed as United States Champion Seth “Freakin” Rollins battles Finn Bálor in a non-title clash.

Last week, Bálor attempted to accept Rollins’ U.S. Title Open Challenge but was interrupted by The O.C., who brought a returning Mia Yim into the fold.

Now Bálor will seek to earn a chance at the stars-and-stripes title by battling Rollins, a man with whom he has a storied history.

Can Bálor exorcise some of his demons and take out Rollins, or will Rollins prove he is a revolutionary? Catch Raw this Monday at 8/7 C on USA!” 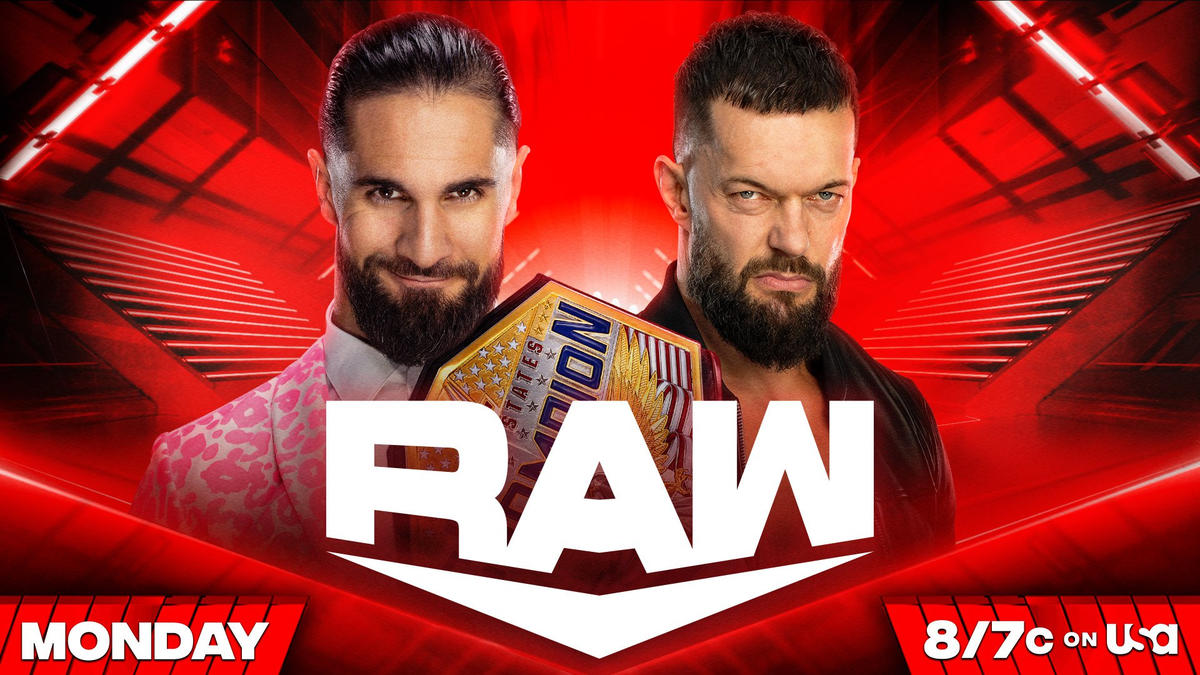 The rivalry between Rollins and Balor goes back a long way including when they faced off to crown the first-ever Universal Champion with Balor beating Rollins in a match where Balor suffered a major shoulder surgery that put him out of action for half a year. They also wrestled many times for the Intercontinental Title as well.

While this Rollins-Balor match will be non-title, it should be a very interesting matchup between two of Raw’s biggest stars.