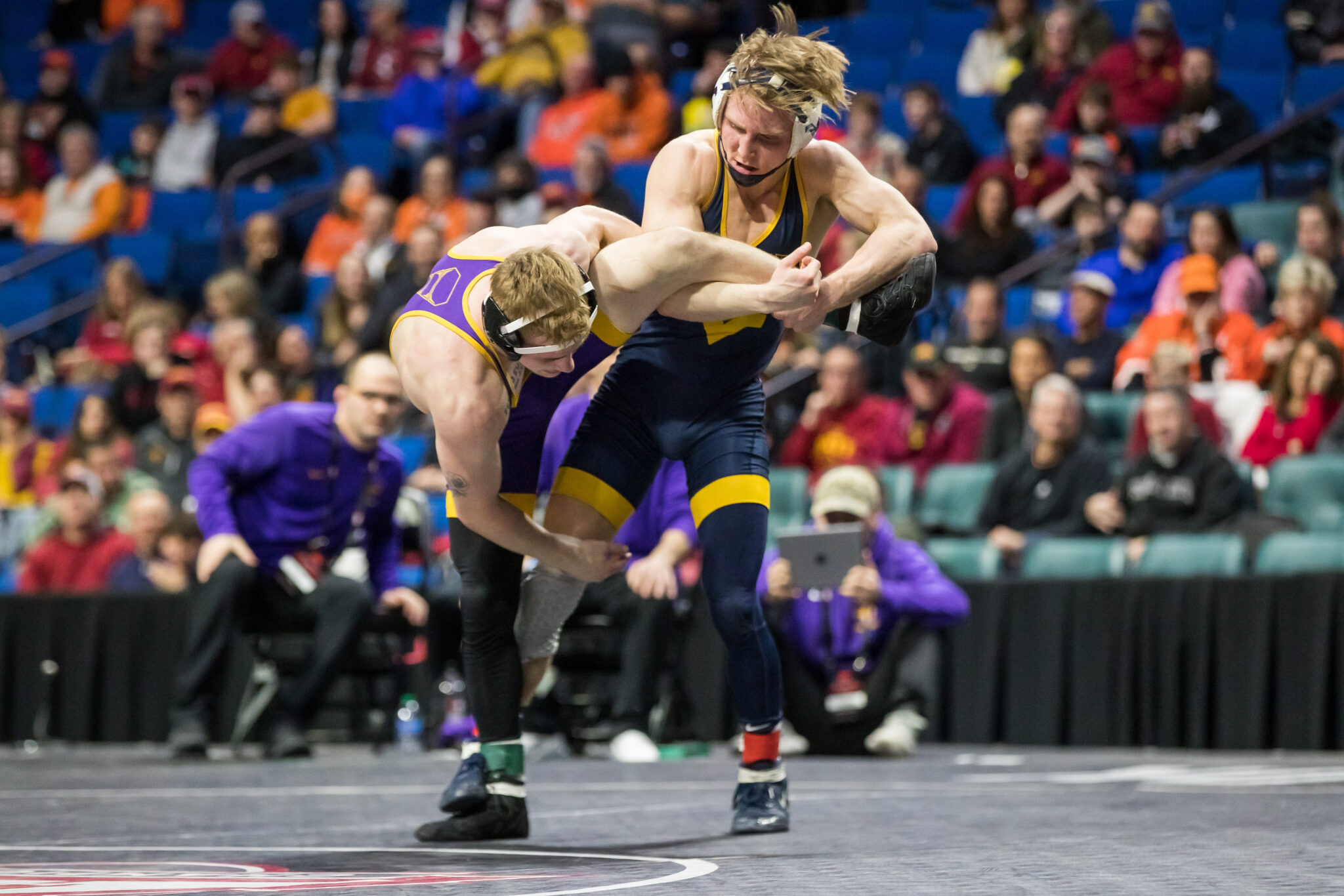 Osabuohien was named the Big 12 Co-Defensive Player of the Year and he was named to the league’s All-Defensive team. Osabuohien shared the Defensive POY honor with Oklahoma State’s Moussa Cisse and Baylor’s Jonathan Tchamwa Tchatcoua. Osabuohien has drawn 27 offensive fouls and collected 35 steals. He leads the Mountaineers with 160 rebounds.

Sherman was named to the Big 12 Second Team list. The fifth year senior guard leads the Mountaineers in scoring at 18.3 points per game. He is also tops on the team in 3-point field goals (62), assists (71) and steals (35).

Oak Glen High School graduate and WVU sophomore is the runner-up in the 165-pound weight class. Hall was defeated by Missouri’s Keegan O’Toole in the title bout, 13-7.

Cardinale, Hall and Dennis Robin (174 pounds) have qualified for the NCAA Championships.

Fishburne wrestling coach to be inducted into hall of fame

Fishburne wrestling coach to be inducted into hall of fame