WWE Hall of Famer explains the success of AJ Styles

Once upon a time, the WWE Universe would have had a very tough time imagining AJ Styles as one of their top stars. His style was very different from the prototypical sports entertainment-based technique that fans were used to. He wasn’t the biggest man or the best promo either.

Jeff Jarrett was instrumental in establishing Styles as a household name. As the man driving TNA, he recognized The Phenomenal One’s potential right away.

“I was in the position and I’m very thankful I was to give ‘phenomenal talent,’ pardon the pun, like AJ Styles, like Bobby Roode, like Samoa Joe…we could go on and on down that list of guys an opportunity to shine,” said Jeff Jarrett (15:00-15:17).

And yet, when asked if he felt responsible for setting the stage for the current landscape of pro wrestling, the WWE Hall of Famer praised the work ethic of the talents that he worked with. He revealed the secret ingredient that helped Styles become such a force.

“But at the end of the day, Riju, they are the ones that picked up the ball and ran and scored and worked hard and busted their a** and made a name for themselves. I was very blessed to be in the spot that I was,” added Jeff Jarrett. (15:17-15:34).

Check out the entire conversation with Jeff Jarrett below. 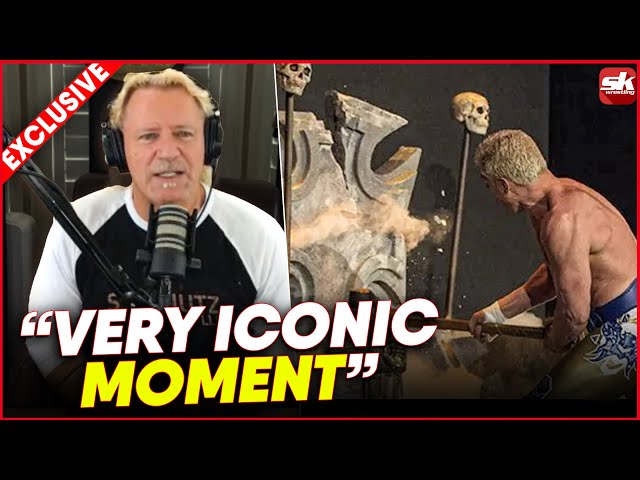 Once the Georgia bulldog arrived in World Wrestling Entertainment, there was no stopping him. He’s a two-time WWE Champion and has also won the United States, Tag Team, and Intercontinental Championships on different occasions.

The Universal Championship still eludes The Phenomenal One. Could he be the man to dethrone Roman Reigns?

If you use quotes from this article, be sure to embed the video with a H/T to Sportskeeda.

A WWE Hall of Famer explains the secret behind AJ Styles’ success in the company right here.

Tessa Blanchard likely out of WOW Women Of Wrestling promotion