The show at Prince George, Virginia saw The Hardys wrestling Gangrel and Joey Janela (dubbed The New, New Brood) in the main event. After the match, Gangrel and The Hardys did their signature pose for the fans. As seen below, Matt Hardy shared a photo via Twitter.

The New Brood briefly joined forces in 1999 during a feud with WWE Hall of Famer Edge & Christian over the management services of Terri Runnels. Gangrel would recruit the Hardys to his new faction following the split of the Original Brood, which was made up of himself, Edge and Christian.

In a recent interview with  The Battleground Podcast, Gangrel revealed that shortly before Christian signed with AEW, the original Brood was set to reunite at a fan event.

“We were trying to put together, before Christian went to AEW, a Brood reunion,” Gangrel said. “Where we just went around together and do signings just strictly as The Brood. So, we was going to do that.”

During his feud with Seth Rollins last year, Edge brought back elements of The Brood in his entrance and ring attire. According to Gangrel, Edge pitched the idea for the Broodbath several months before it happened.

“Edge is a great guy, he politicked for that (angle),” Gangrel revealed. “He told me, he politicked for like two-and-a-half months. Probably close to three to get that, what they call the Broodbath, and instead of the blood bath because of the networks. He said the networks didn’t want red, they wanted black blood, he tried to get me. But that didn’t go down for whatever reason. He was looking out for me.” 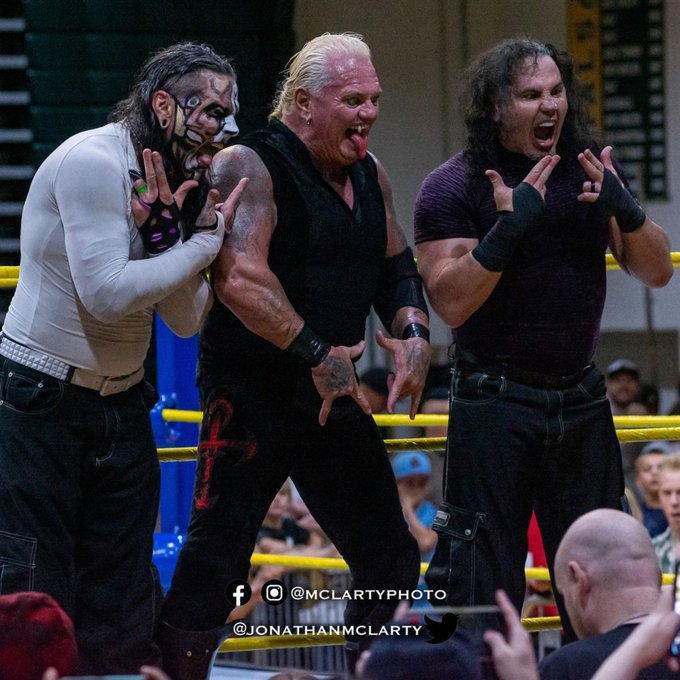