It’s easy to forget that the AEW Interim World Championship isn’t the only world title Jon Moxley is currently in possession of. Moxley also holds the GCW World Championship, although a new challenger has come along to threaten his reign.

This past Monday evening, GCW announced a new challenger had emerged for Moxley for Part 1 of the promotion’s Homecoming event. 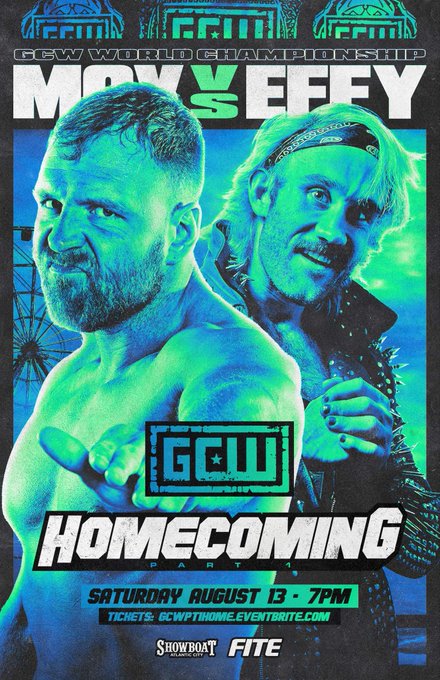 For Effy, this will be the GCW star’s second crack at the promotion’s top title. His first shot came three years ago in August 2019, when he was defeated by Gage in a death match at 2 Cups Stuffed, a co-promoted show between GCW and independent promotion Black Label Pro.

Effy has had a busy 2022 so far, feuding with now WWE EVP of Live Events Jeff Jarrett in January and winning the GCW World Tag Team Championships with partner Allie Katch at GCW Paranoid. The duo lost the titles this past weekend to Los Mazisos (Ciclope and Miedo Xtremo) at The People vs. GCW, in a three-way match also featuring Mance Warner and Matthew Justice of the Second Gear Crew.

GCW Homecoming Part 1 will take place on Saturday, August 13, and will air from the Showboat in Atlantic City, New Jersey. As per usual, the show will be broadcast on FITE TV.